What Readers Say About Book One

The Persephone Pendrake Chronicles is a must read for all ages! What an amazing book! Highly entertaining! During their quest you root for Percy, Thaddeus, Benson, PJ. You're on the edge of your seat with them chasing after their objects trying to defeat the aunt. This book is wonderful for all ages! I highly recommend everyone read this!

This book of fantasy and magic was a pure delight. You found yourself identifying with the characters. It's always a pleasure to read something that is well written. The author is an authority on herbal and natural medicine. Therefore the facts are first hand. It's fun to transport yourself into a world of make believe. Can't wait for more from Lady Ellen. Pick yourself up a copy of this good read. You won't be disappointed.

I thoroughly enjoyed reading the first of the Persephane series - in fact, I couldn't put it down and have been waiting for book #2 since last summer..... I love that there's so much truth to the "magic" in the book - with references to herbal remedies and naturopathic medicine... it felt so real - like there could be a world in our own that we don't even know about - and it brought me back to when I was young, and I wanted to lay down on a blanket in the yard with my legs kicked up and let go of all the "adult" in me - and believe in magic again!! I just hope the next books comes out soon!!! I'll be first in line to buy it! 🙂

Read A Little Of Book One 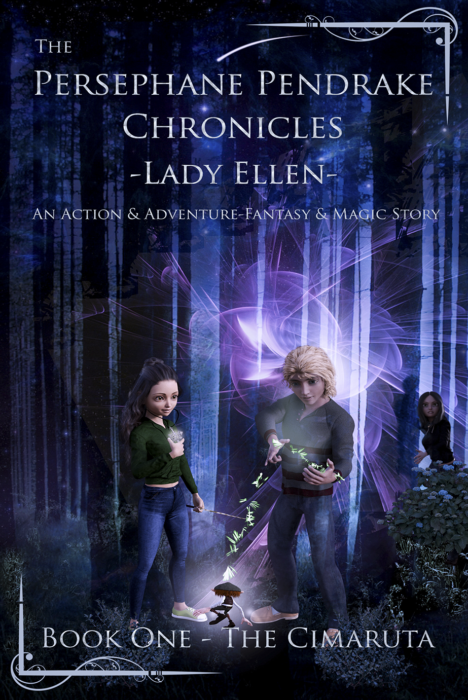 Read A Little Of Book Two 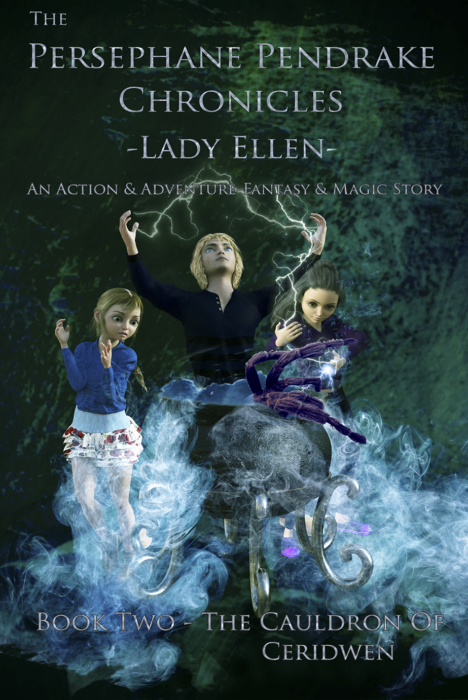 What Readers Say About Book Two

If you've been looking for a world to escape to, look no further than the The Cauldron of Ceridwen. With its myriad of magical creatures, time travel and alternate universe, Lady Ellen spins an enchanting tale that quickly pulls you in and doesn't let go. Her heroes Persy and Thaddeus are likable and resourceful, as are their familiars Benson and P-C. I especially like Benson the dragonfly. He adds humor to some of the darker situations and keeps the overall reading light. Even if you haven’t read the first book, Lady Ellen provides enough back story to get you up to speed quickly. (Though I recommend Book 1 for an equally good read!) If you’re looking for a quick, easy read that is both thrilling as well as funny, I highly recommend The Cauldron of Ceridwen.

Must read this series. This is the second book. Loved book 1 & 2 and just bought book 3. Love it love it

I found the second book just as enjoyable as the first. This book was a light easy read while continually drawing me in. I enjoy a fast paced magical ride with all the components of good versus evil, and this book does not disappoint. I love the characters, especially Benson with his sense of humor and now Willow intrigues me. I would highly recommend this to anyone young and old alike that love fantasy, magic, and good wholesome adventure.

What Readers Say About Book Three

Loved the series. Can’t wait for the next book. I highly recommend getting this series. Couldn’t put the books down.

Couldn't put it down! Where is Book Four??

As exciting as Harry Potter...but with a lot more books to come. Excellent.

Read Some Of Book Three 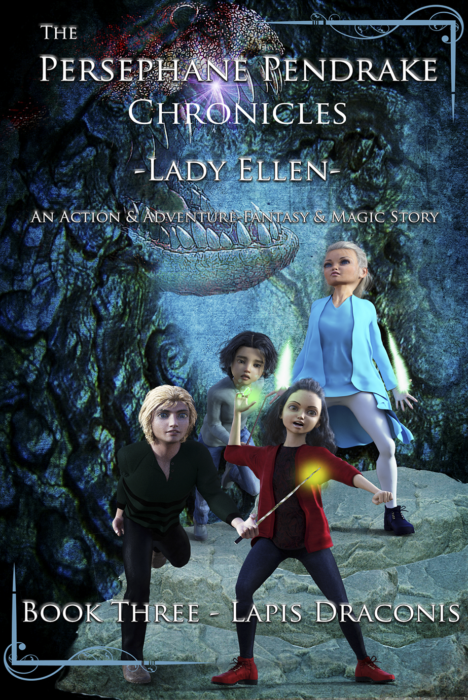 Read A Little Of Book Four 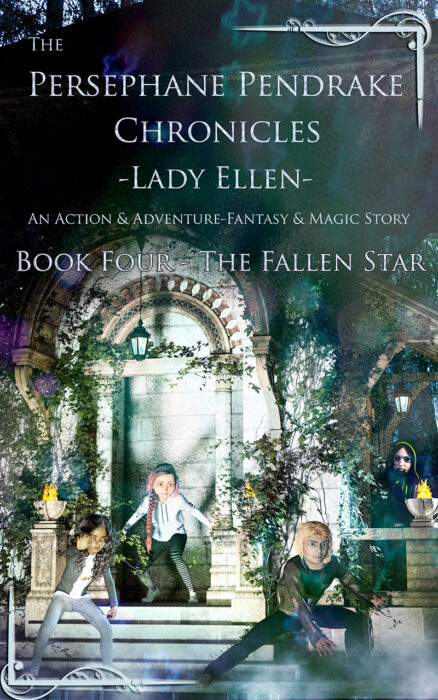 This Is Book One

Book One is now available at Amazon Here

These will be a series of books with word search, mazes, sudoku for kids and colouring pages of Persy and the gang.

Lauren's Site is Here if you'd like to see what else she's doing.

This Is The First One

The first one is at Amazon Here

Great for a dream journal, gratitude notebooks or anything you want to save in writing.

Be sure to grab yours now.

Read About Them Here

It says on the back of the first book of The Persephane Pendrake Chronicles: "About Lady Ellen - Weaving and scribing of the eight remaining tomes continues in Lady Ellen's remote witch's hut...on her tiny piece of Ontario's Cambrian Shield" ...and indeed that's where the series began.

After more than 4 decades as an alternative health care practitioner, I finally managed to start devoting some serious time to my secret love--fantasy fiction and doing the digital art.

I've always loved fantasy, magic and mythical kingdoms.  We home-schooled our kids and lived on a 100 acre farm..which had about twenty-five acres in forest.
We'd make up stories and adventures..lots of fairies, witches, wizards, etc.

Now, all these years later, I've started on my nine-book, three trilogy magical series...The Persephane Pendrake Chronicles and have released Books 1, 2 and 3... The Cimaruta, The Cauldron of Ceridwen and Lapis Draconis. The fourth - The Fallen Star will be released by January 2020.